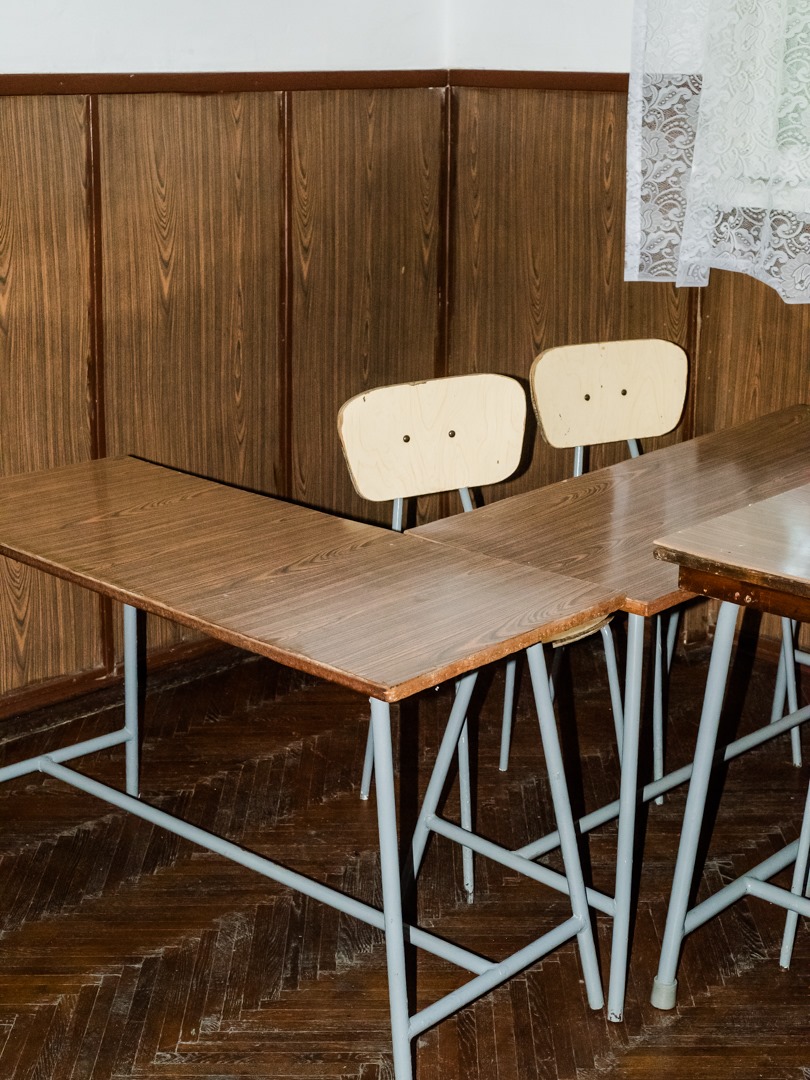 The photographic series “Last Christmas” (2018-) by alumnus Anton Roland Laub will be on show in the group exhibition “Heilige und verfluchte Orte” at the Guardini Galerie from 13 September to 22 November 2019 as part of the project “Stadt und Religion” (City and Religion). The exhibition is curated by Frizzi Krella.

Romania’s path towards democracy started a month after the fall of the Berlin wall. It didn’t start peacefully but with bloodily repressed demonstrations. It was also marked by the controversial trial against the dictator couple Nicolae and Elena Ceaușescu on Christmas Day 1989, in office number 3 (Birou 3) of a military base. The trial lasted only 55 minutes, the verdict 1 minute 44 seconds and the execution 10 minutes. The decree setting up the tribunal was signed on December 27th, by which time the couple had already been dead for two days. The events of those violent days remain shrouded in mystery and intrigue, leaving the question: was it a people’s uprising or a staged coup d’état? Corruption in Romania results not only from the ‘stolen Revolution’, but also from the wall of silence that has been blocking justice for 30 years. The photographic series “Last Christmas” (2018-) will be on view in the group exhibition “Holy and cursed places” (Heilige und verfluchte Orte), curated by Frizzi Krella. The show opens on Friday, 13 September, 7pm at the Gallery of the Guardini Foundation, with works by Else Gabriel, Bertram Haude, Barbara Klemm, Ola Kolehmainen, Anton Roland Laub, Oliver Mark, Andreas Rost, Hans-Christian Schink, Maria Sewcz, Andrei Tarkovsky.