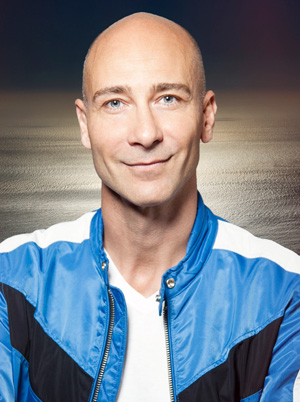 Sven Görlich was born in 1966 in Merseburg, and grew up in East Berlin, where he finished school in 1985. He was a competitive swimmer and lifeguard, and in 1986 became a model for Modeinstitut der DDR. In 1989 he escaped to West Berlin via Hungary and Austria, where he worked as an assistant to Ute Mahler, who he had met during a photoshoot for the fashion magazine Sibylle. He then studied German Philology at Freie Universität Berlin from 1990 until 1994 when he broke off his degree to work in the advertising industry. In 1996 he took portraits of Techno DJs for Stern, and in 1999 he did his first commercial assignment as an advertising photographer. Until the present date he has completed over 250 assignments.

“Most students are very naïve
about what the job
of a photographer involves.”

Sven Görlich began to photograph during his time working holiday jobs as a lifeguard at the Baltic Sea, later using his breaks as a model to photograph other models. During his many trips throughout Eastern Europe he discovered more and more “humans”, documenting and taking portraits of all kinds of people from the homeless, christmas tree saleswomen, to superstars and heads of state. Photography was the means for him to meet people, find out how they ticked and when possible, to capture the moment their inner light shined out.

Sven Görlich has taught occasional seminars at the Deutsche Schule in Cape Town, and has been a guest lecturer at Neue Schule für Fotografie since 2010. He wants to strengthen students’ beliefs that they can be successful as photographers and realise their own creative ideas. In his classes he teaches which practical aspects are indispensible as a professional photographer. Independent from the artistic influences taught in photography, he wishes to convey the idea that practical and pragmatic aspects of photography such as endurance, discipline, social competence, organisation, fitness, job interview skills, websites, clean bookkeeping, and well groomed networks are decisive in the success of a photographer.