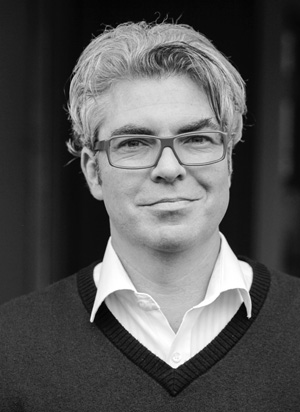 When Eric Aichinger saw the 1852 saltprint of “An Oasis on the Nile”, photographed by John Beasley Greene, it was a turning point for him. Since then, Eric Aichinger has been intrigued by how we are taken in time and again by the promise of reality photography offers.

Erich Aichinger was born in 1971 in Long Beach, California, and studied Philosophy, Politics, and English Philology at Münster, Westfalen between 1990-1998. Since then he has been an author, translator, art critic, and bookseller, and was editor at Verlag Bildschöne Bücher from 2004-2008. From 2008 to 2009 he was curator for Temporäre Kunsthalle Berlin, and has published numerous articles on contemporary art between 2006 – 2011 for artnet and Texte zur Kunst amongst others.

“”I am interested in why and how
we are captivated time and again
by the promise of reality
that photography offers.”

Since 2013 Eric Aichinger teaches at BTK Hochschule für Gestaltung, since 2018 he has a professorship. He is a guest lecturer for the International Class at Neue Schule für Fotografie teaching History and Theory of Photography. His classes are based on conversations and discussions. With a teaching philosophy based on questions, questions, and more questions, until no more stones are left standing, then slowly building from the ground up, Erich Aichinger encourages students to find their own pictorial language.