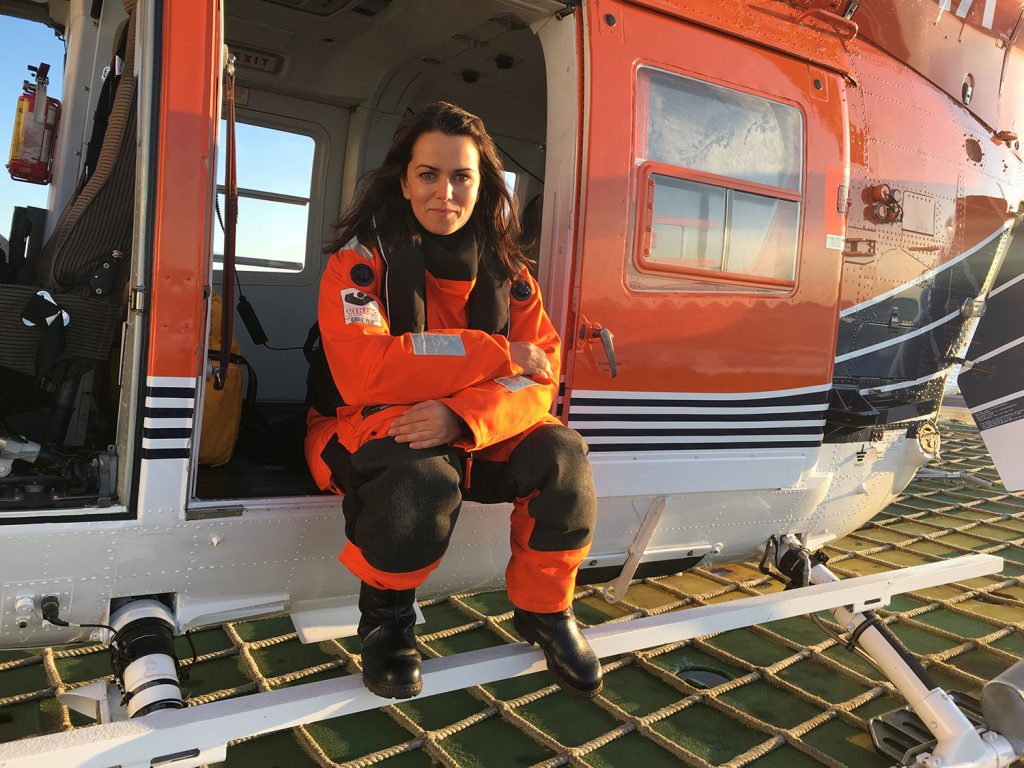 Esther Horvath was born in Hungary and received her masters in economics from West Hungarian University. In 2012 following her passion for photography she moved to New York City in order to attend the International Center of Photography, where she graduated in Documentary and Photojournalism.

Since 2015, Esther has dedicated her photography to the polar regions, especially to the Arctic Ocean, documenting scientific expeditions and behind the scene science stories. She follows the work of multiple science groups that are working to better understand the changing polar regions. We all know that the Arctic Ocean sea ice is melting and the Arctic is the fastest changing environment on our planet. But who are the scientists that are delivering crucial climate change information and how do they work and live in the most remote locations and harshest environment on our planet? This is what Esther is truly interested. She wants to show the full research story behind our climate data. By documenting the work and life of scientists who deliver important data, Esther hopes to help make a difference in how people understand what actually is occurring, and in collaboration with scientists, help raise public awareness regarding these fragile environments.
Begun 2016, her main long-term documentary project, ‘IceBird’ follows scientific expeditions researching the changes of the Arctic Ocean sea ice. From 2019 – 2020, she spent almost four months on board the Polarstern icebreaker, documenting the MOSAiC expedition in the Central Arctic Ocean, the largest ever Arctic Ocean science expedition. Her documentary, during polar nights, under the extreme conditions of the North Pole is published in the book “Into the Arctic Ice” in English and “Expedition Arktis” in German language. The book, accompanied by essays and contributions by experts, is a testimony to the biggest climatic challenge of our time, and offers insights into this research project as well as the polar landscape worthy of protection.

Esther Horvath is a Fellow at International League of Conservation Photographers, iLCP, member of The Photo Society, member of The Explorers Club and science photographer for Alfred Wegener Institute in Germany. She won the ICP’s “Infinity Award” in 2022, the 1st price at World Press Photo Award, Environmental single category in 2020 and received the Ranger Rick Photographer of the Year 2020 from National Wildlife Federation for advancing together the Ranger Rick magazine’s mission: to inspire a love and understanding of wildlife and the natural world in young children.

Esther’s work has been featured in National Geographic, The New York Times, The Wall Street Journal, TIME, Audubon Magazine, GEO and Stern Magazine among others.