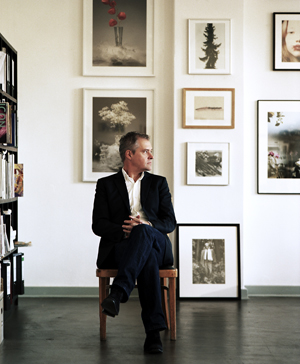 As a teenager Matthias Harder photographed and even built his own darkroom. Instead of practicing the art, he decided to become a theoretician, fascinated by this mode of expression as a kind of language.Born in 1965 in Kiel, he started studying Chemistry and Biology there. In 1988 he moved to Berlin and changed course to study Art History, Classic Archaeology, and Philosophy. He wrote his thesis on the photography of K.O. Götz under Prof. Thomas W. Gaehtgens in 1995. In 2002 he won the German Photographic Association’s Erich-Stenger-Preis for his doctoral thesis on “Walter Hege und Herbert List. Greek Temple Architecture in staged photography.”

In 1995 Matthias Harder opened the exhibition space “empty rooms” and began to curate as a member of the neue Gesellschaft für bildende Kunst (nGbK).Between 1999 and 2002 he designed exhibitions on Herbert List and Stefan Moses at Münchener Stadtmuseum. In 2002 he managed Palais für aktuelle Kunst in Glückstadt. He has been the curator of the Helmut Newton Stiftung in Berlin since 2004.

Since 2002 he teaches regularly at Freie Universität and Neue Schule für Fotografie. He describes his own teaching aa “talking about pictures”. Talking with one another about pictures, preferably in front of the original, in order to understand the language of photography is a magical process to avoid becoming a “photographic ignoramus” or an “illiterate of the future” (László Moholy-Nagy).