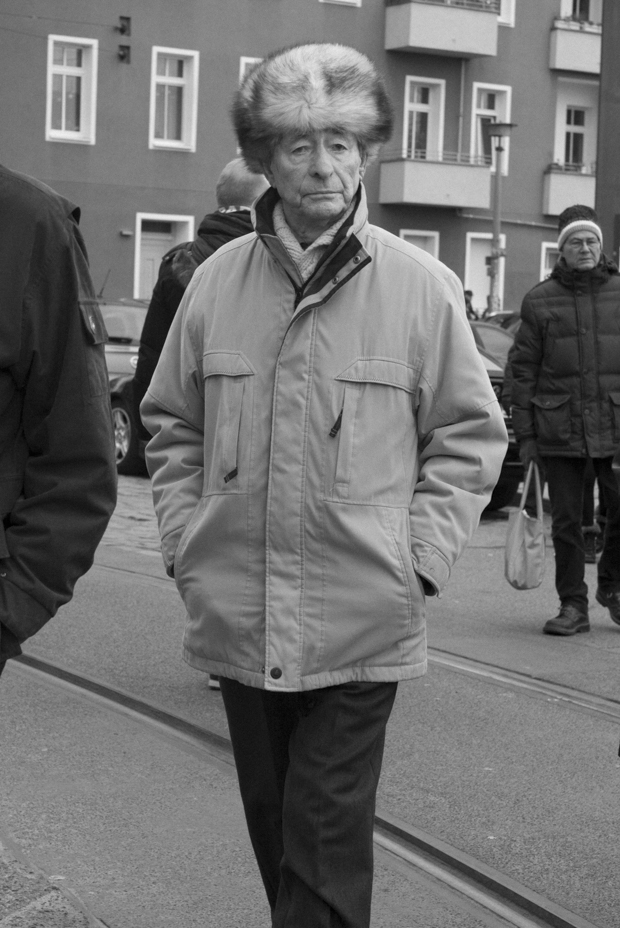 Fernanda Peruzzo’s “Parents of the Revolution” featured by LFI

In the beginning of 2018 the Neue Schule für Fotografie held a workshop and an internal competition with Leica cameras that was open to all students of the school. The winner is Fernanda Peruzzo, who photographed elderly protesters in Berlin. The series is currently shown at Leica Fotografie International.

“Their faces could be read like a book: each line telling us part of our own history. Their tired bodies, witnesses to past revolutions, bring the past into the present; their eyes reveal the awareness of their role in the on-going cycle of life.”

The photos were taken with a Leica M Typ 240 mounted with a Summicron 50mm.

The Neue Schule für Fotografie will present the works of the winners and finalists of the Leica Oskar Barnack Award 2018 in a major exhibition during EMOP 2018.