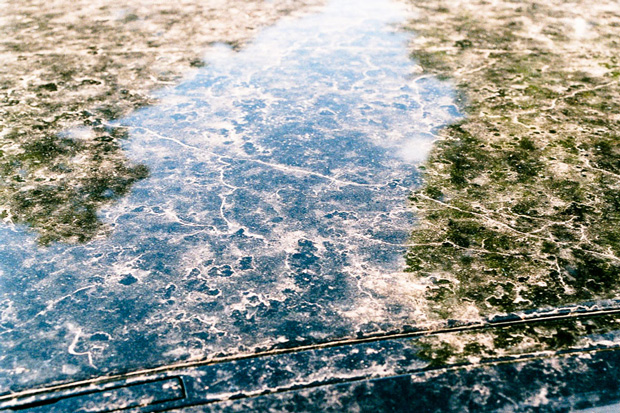 Tomohiro Hanada: A Matter of Reflection

Our former student Tomohiro Hanada shows his latest photographs in a joint exhibition with Belgian artist Pauline Mikó from 6 to 31 October 2019 at CHI & CO Berlin.
Opening on the 5th of October at 7pm

At first there was light.

Then rocks, then cars.

A Matter of Reflexion is a duo exhibition of Japanese photographer Tomohiro Hanada and Belgian artist Pauline Mikó thought as a dialogue with light as its main subject. By walking the streets of Berlin, Hanada captures photographs of car carcasses where games of textures and shadows create intriguing patterns and where color acts like a central figure.

Mikó collects rocks around the planet that she photographs and scans in order to play with their surfaces and scales. She’s also presenting a series of 5 diptychs of partially and intentionally destroyed photographs depicting different collected rocks. The process of this voluntary destruction is the following: the first day she took five pictures, the second day she revealed the films, the third day she buried the negatives in a tray containing dirt, the fourth day she poured various liquids on the tray, the fifth day she dug out the negatives and scanned the 5 images then put them back on the tray, the following day she repeated the scanning procedure. The result, cosmic and abstract, is shown here in regard of Hanada’s car series.