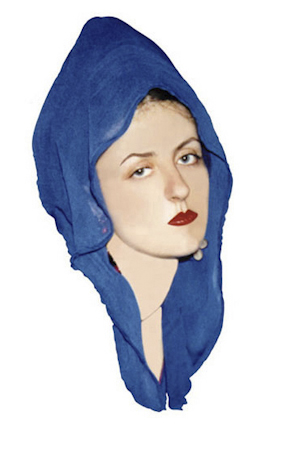 Eva Maria Ocherbauer was born in 1959 in Graz. She finished school there and studied Stage Design at Hochschule für Musik und darstellende Kunst, until 1980 when she moved to Vienna and worked as an actress and stage designer at Serapionstheater. She also worked as a dancer and performance artist until she decided to study photography at Werkstatt für Photographie in Berlin. As of 1984she studied photography privately under John Gossage for seven and a half years. Eva Maria Ocherbauer had been involved with photography since her youth, and despite other activities on stage, it became her main form of expression. Whilst photographing, Eva is always looking for new forms and ideas, how she can transform her own perception into images, questioning and redefining supposed reality, creating her own personal world stage.

“It is important,
to make relevant images,
in order for them to stand against
the constant flood of pictures.”

Eva Maria Ocherbauer likes passing on her knowledge. In 2015 she was Guest Lecturer at Hartford Art School in Connecticut, USA, and she has led workshops in Weimar, Johannesburg and Addis Abeba. In 2013 she founded the LagosPhoto Summer School, a yearly workshop in cooperation with African Artists’ Foundation, supporting the development of young Nigerian photographers. Since 2007 Eva Maria Ocherbauer has taught at Neue Schule für Fotografie. She observes and encourages the development of her students – seeing teaching as a creative act which stimulates and is demanding for both sides, leading to progress whilst also being enjoyable. Through this process thought comes before art. She discusses current themes with her students in order to rethink and redefine positions.

In order to stand against the constant flood of images, Eva Maria Ocherbauer aims to produce relevant and memorable images, through her work and her teachings, where each phase of the creative process is premeditated and intentional. She places a great emphasis on students learning to understand photography as a medium and to posess all of the technical knowledge necessary for their work. It is upon this basis, that one can reflect upon content, and with a feeling for form and shape, one can create one’s own pictorial handwriting, and then apply it to free and specific exercises, for it to be discussed within class. 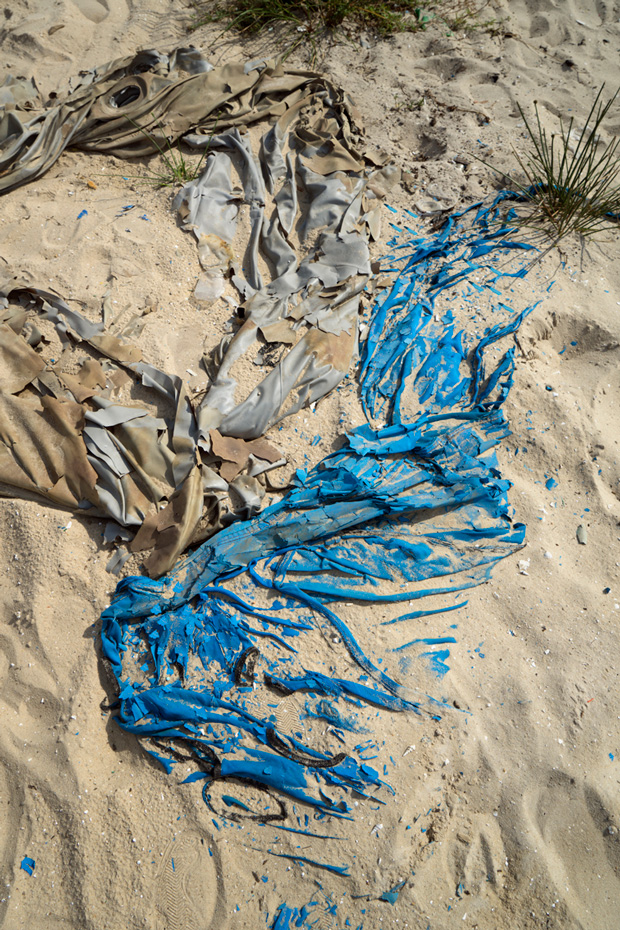 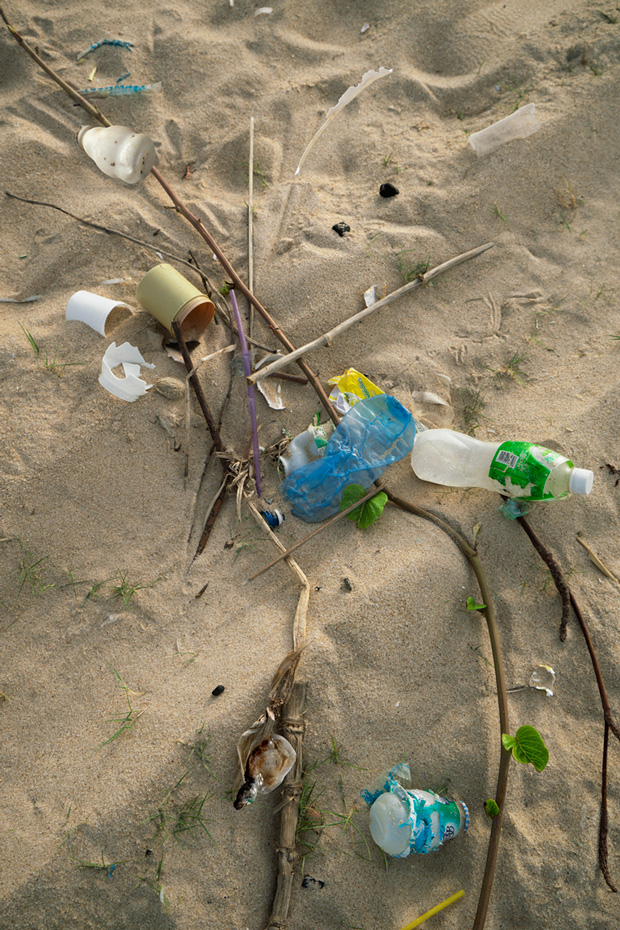 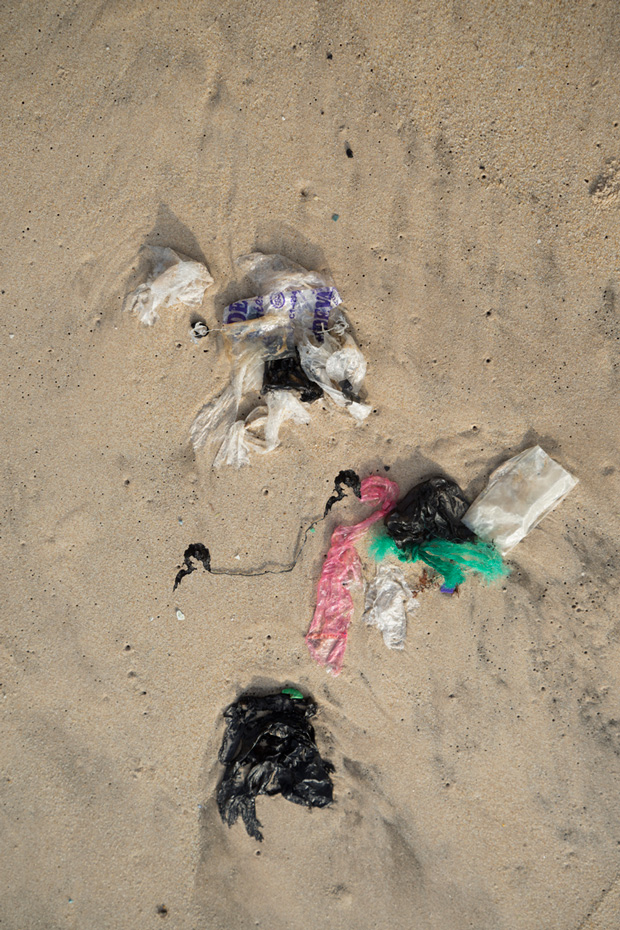 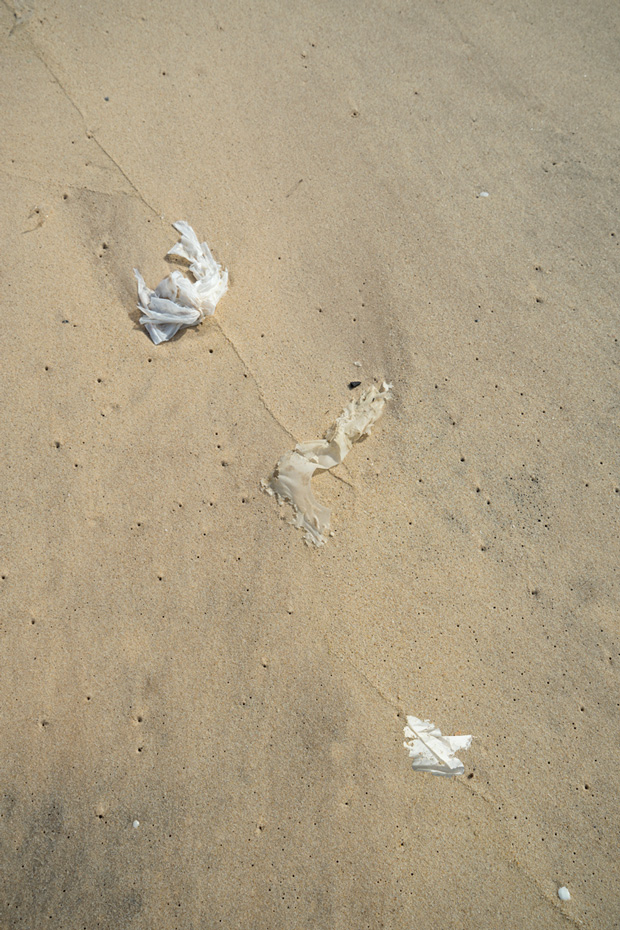 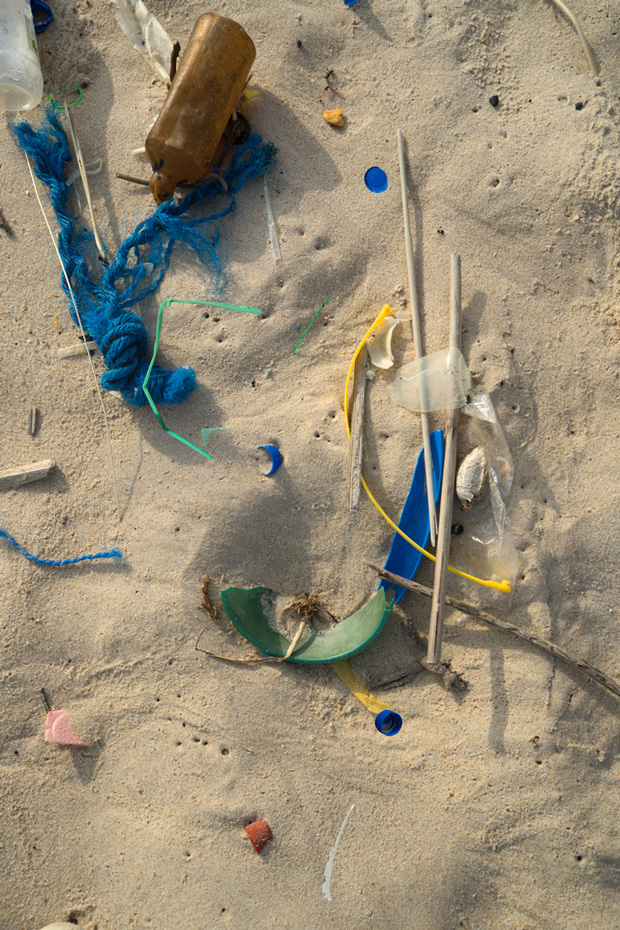 © Eva Maria Ocherbauer, alle Bilder aus der Serie “THE HORN OF PLENTY”, Lagos, 2015–2018
THE HORN OF PLENTY displays the complex relationship between nature and civilisation, centering on plastic debris at the Elegushi beach in Lagos, Nigeria. As a result of human conducts elemental forces are dissolving these objects, initiating a cycle of decomposition which leads to micro-plastic contamination in the global environment. As an artistic approach to this phenomena THE HORN OF PLENTY focuses on control and the loss of it. The artist keeps control over the photograph by subtly adding objects, using digital tools to manipulate the content of the picture. But what is actually happening here is getting out of hand entirely.