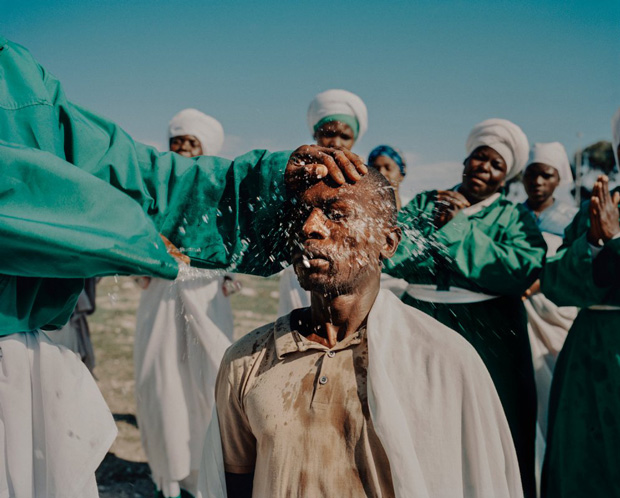 It is our pleasure to host the Exhibiton of the Leica Oskar Barnack Award for the third time.

On 25 September, the winners and finalists will be honoured in a grand ceremony. All shortlisted and winning works will subsequently be presented at the New School for Photography in Berlin until 25 October 2019. Accompanying the exhibition is the LOBA Catalog 2019, a high quality publication with detailed texts and interviews of the winners and finalists.

The international jury of the Leica Oskar Barnack Award is represented by:

Around 2.300 photographers from 99 countries submitted their work for the 2019 Leica Oskar Barnack Awards. 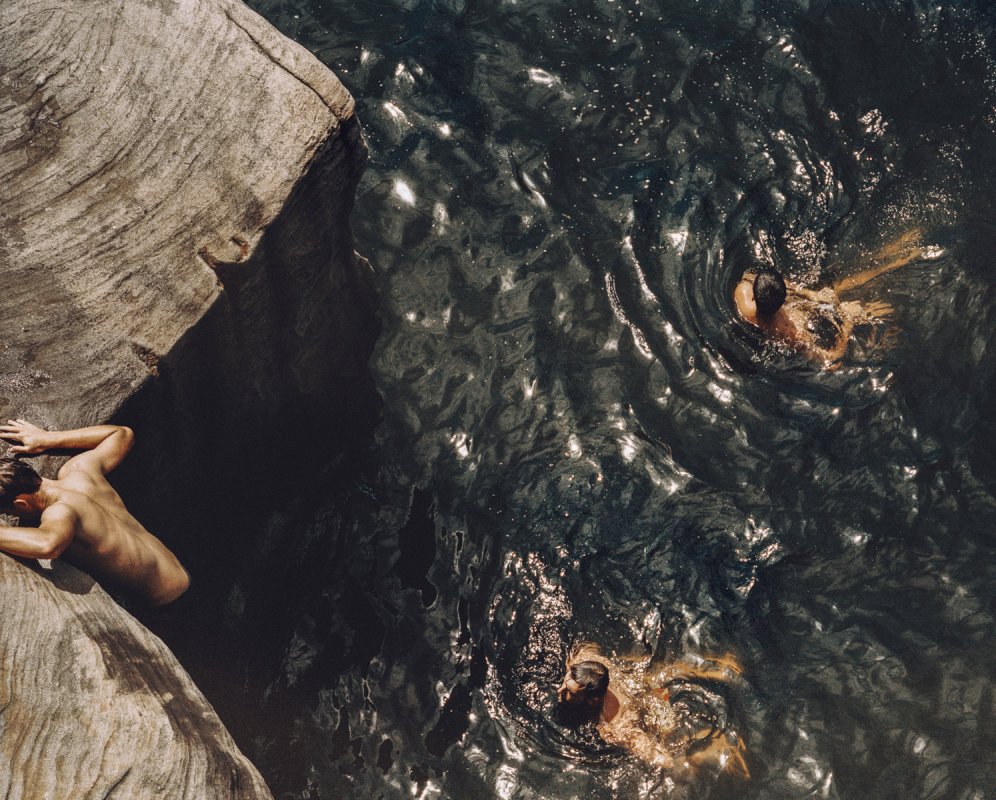 Mustafah Abdulaziz, USA: The American photographer Mustafah Abdulaziz began his long-term project considering the subject of water, in 2011. What does water mean for people on different continents, and how do they deal with this essential resource? Their relationship with water tends to reflect how people relate to their broader environment.

Mustafah Abdulaziz was born in New York in 1986. His Water project is supported by the United Nations and organisations such as WaterAid and the WWF (World Wide Fund for Nature). Abdulaziz currently lives in Berlin. 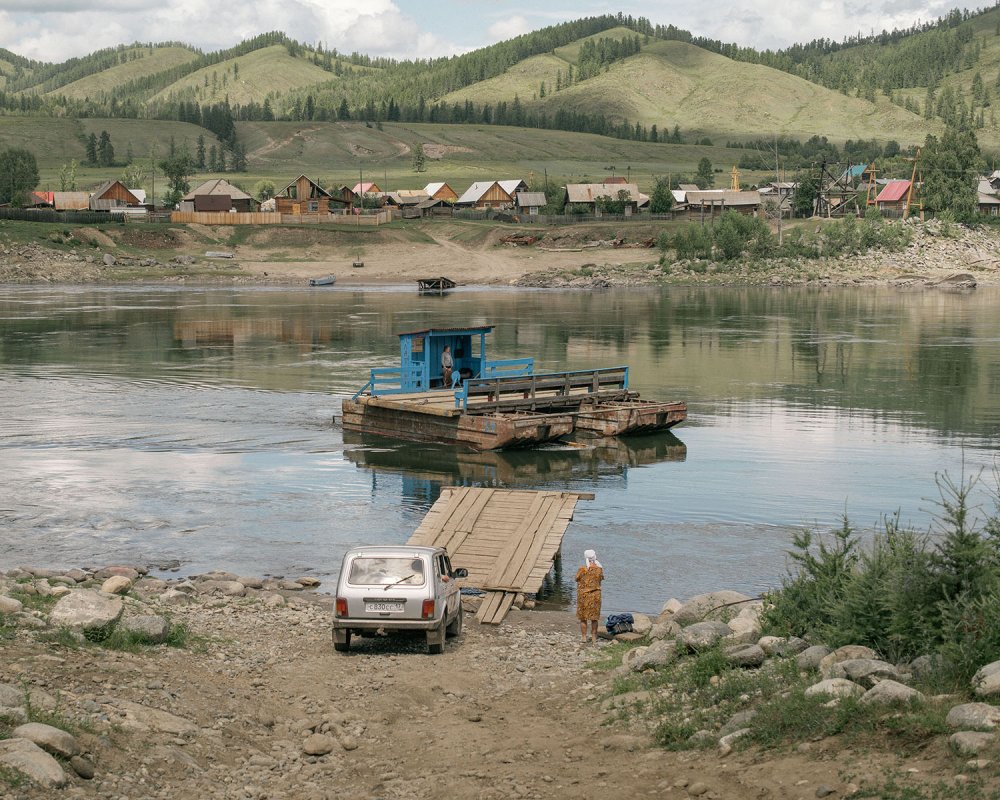 Nanna Heitmann, Deutschland: A journey into the kingdom of myths: the Yenisei River, one of the longest rivers in the world, is the continuous thread guiding photographer Nanna Heitmann through Siberia. Along its banks, she met loners, outsiders and dreamers, and captured their worlds in her sensitive project Hiding from Baba Yaga.

Nanna Heitmann was born in Ulm, Germany, in 1994, and studied Photojournalism and Documentary Photography at college in Hanover. In 2018 Heitmann’s work was shortlisted for the  LensCulture Emerging Talents Awards.

The finalists this year: 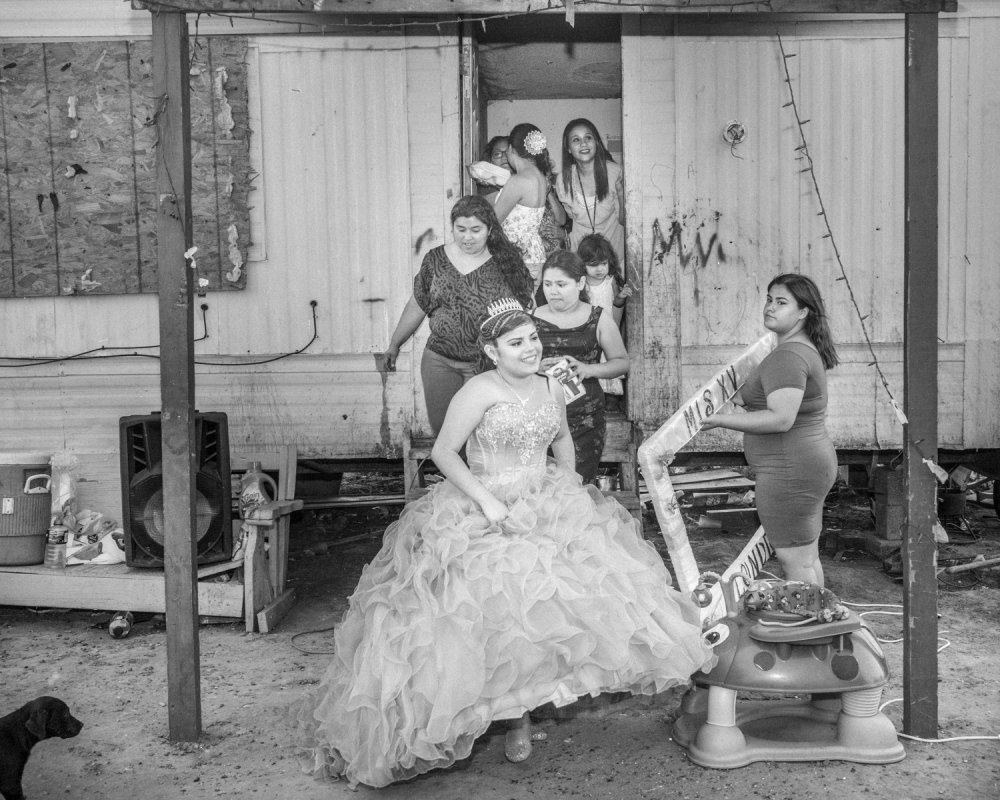 Francesco Anselmi, Italien: The border between Mexico and the United States is 3200 kilometres long. There have been fences and walls there, since long before Donald Trump; yet now there are signs of change. For his Borderlands project, Francesco Anselmi took a look around on the American side: what is life like in the shadow of the wall?

Francesco Anselmi was born in Milan in 1984. He studied at the International Center of Photography. He has already been a Leica Oskar Barnack Award finalist in 2014. Anselmi lives alternately in Milan and in New York. 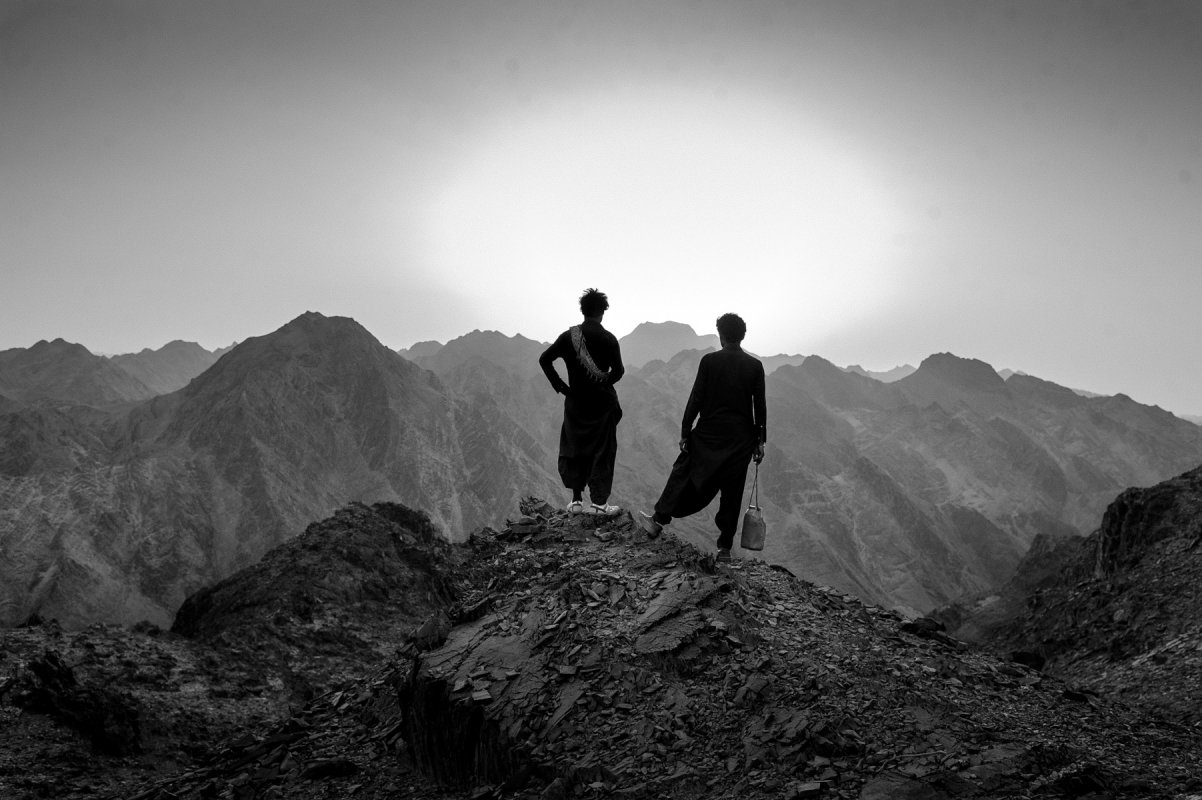 Enayat Asadi, Iran: Enayat Asadi focuses upon the issues of poverty, injustice and social discrimination in Southwest Asia. For his series Rising from the Ashes of War, Asadi photographed Afghan refugees in transit in Iran, following the Afghan War. To accomplish this work, it was necessary for him to dare to travel through dangerous regions in eastern Iran.

Enayat Asadi was born in Iran in 1981. He studied electrical engineering. Self-taught, he started working as a photographer in 2009. 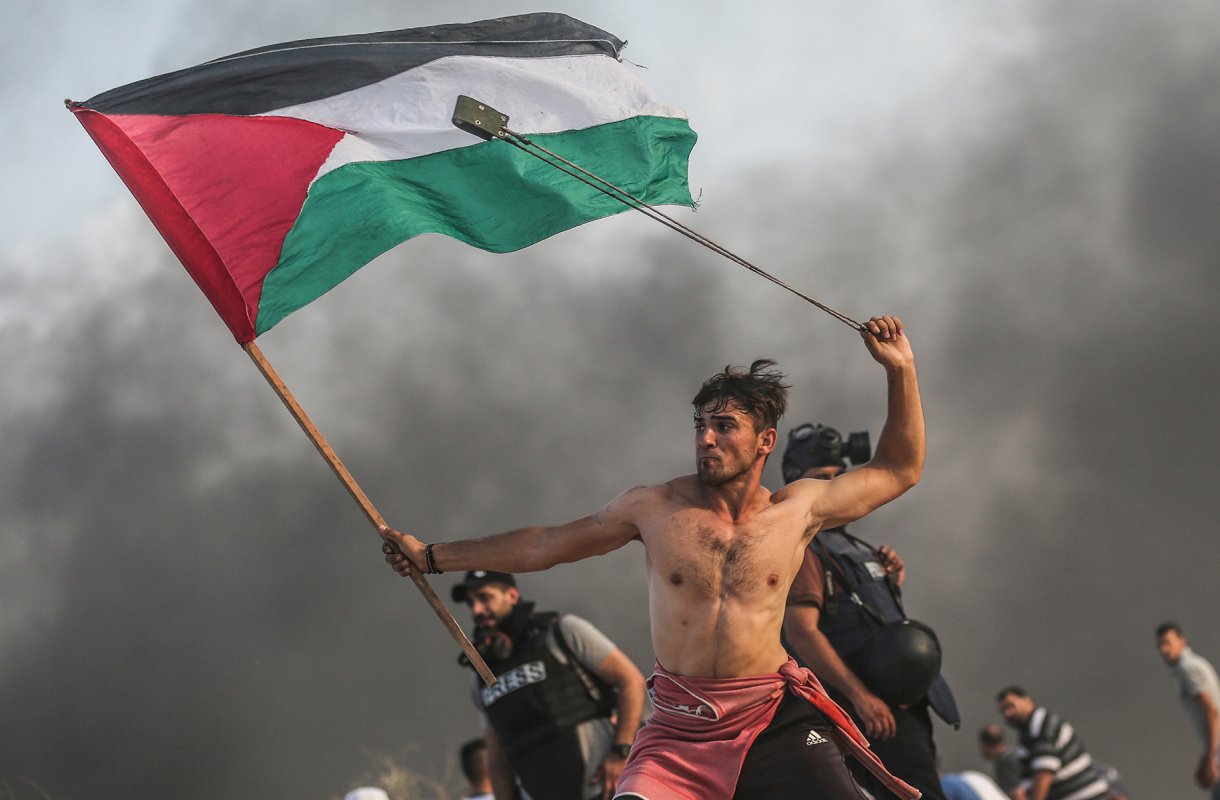 Mustafa Hassona, Palästina: The conflict between Israel and Palestine has been going on for over one hundred years. Fighting has escalated once more, since 2018, with Palestinians protesting every week at the border with Israel. This is where the project titled Palestinian Rights of Return Protests emerged. Hassona’s images have caught the attention of the media and social networks – in particular, a picture of a young fighter, reminiscent of Eugène Delacroix’s famous picture, Liberty Leading the People.

Mustafa Hassona comes from the Gaza Strip and is a staff photojournalist at the Turkish news agency Anadolu. 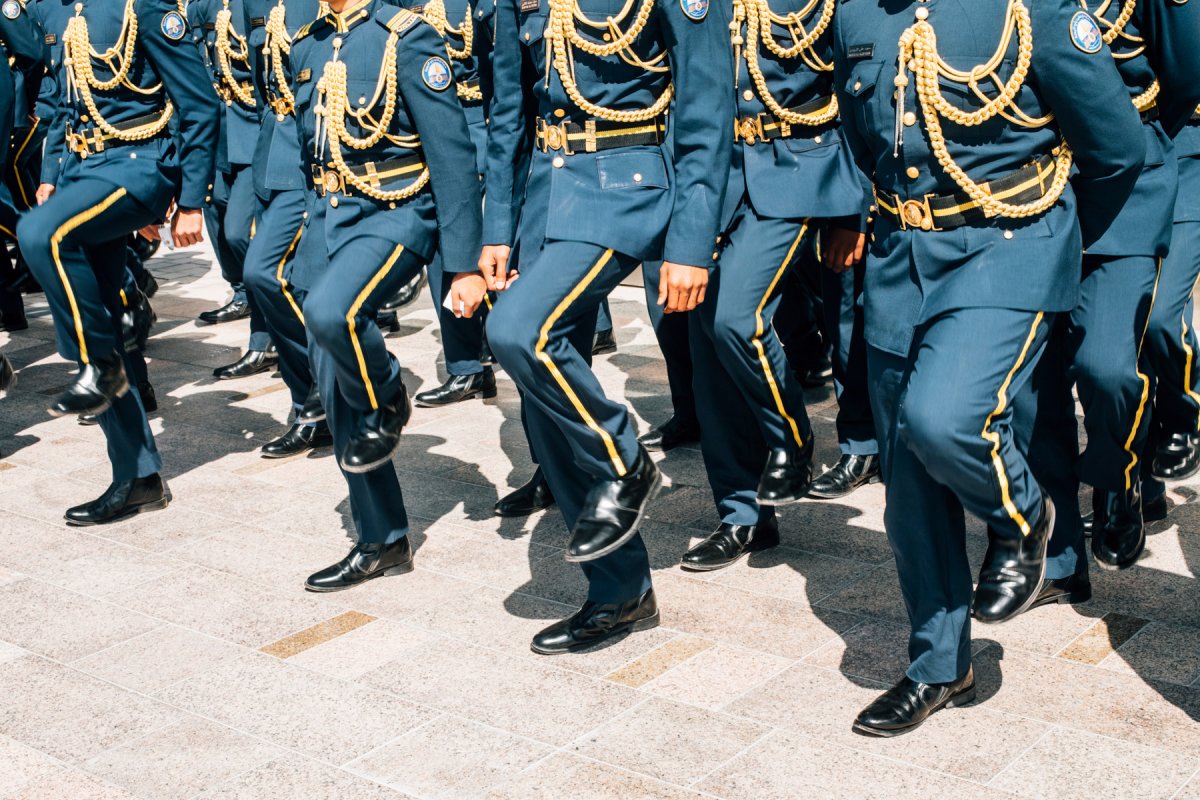 Rafael Heygster, Deutschland: In his I Died 22 Times series, Rafael Heygster delves into the philosophical question of when war begins. He looks for answers beyond the battlefield: in computer games, weapons trade fairs, and other places where war has become a consumable item.

Heygster was born in Bremen in 1990. He is currently studying Photojournalism in Hanover. 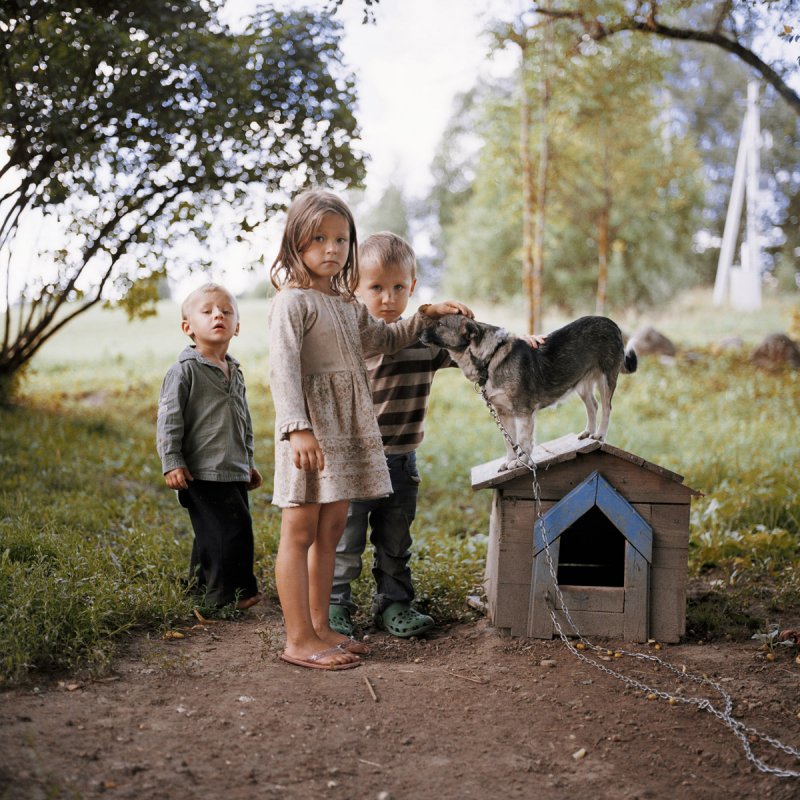 Tadas Kazakevicius, Litauen: In his Soon to Be Gone project, Tadas Kazakevičius draws inspiration from American photographers who documented the Great Depression, such as Dorothea Lange and Walker Evans. They also used their photography to attempt to capture the times and things that were destined to soon come to an end. With a similar aim, the Lithuanian takes a nostalgic look at his homeland.

Tadas Kazakevičius was born in Vilnius in 1984. He is currently working on a book series that is due to be published in 2020. 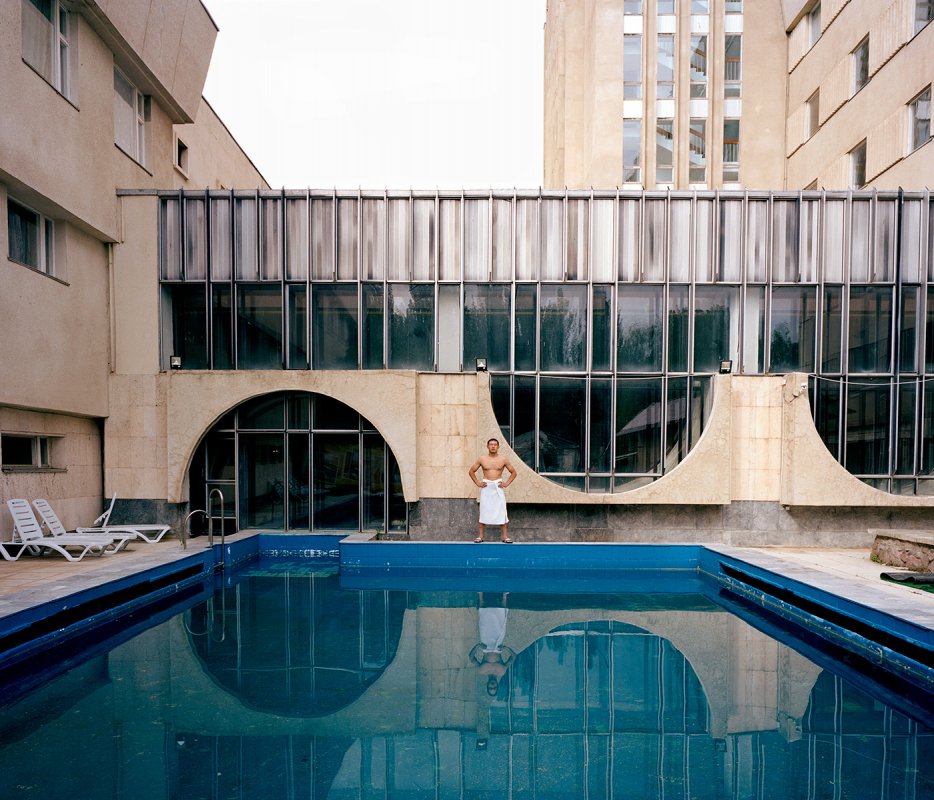 Michal Solarski, Polen: Solarski grew up behind the Iron Curtain, and his pictures conjure up the legacy of an era in which holidays and relaxation were part of the manufacturing process. In his Rest Behind the Curtain series, he presents holiday hotels and sanatoriums as decrepit backdrops for bizarre snapshots.

Michal Solarski was born in Poland, where he studied Politics. Later on, he went to study Photography in London, where he now lives and works. 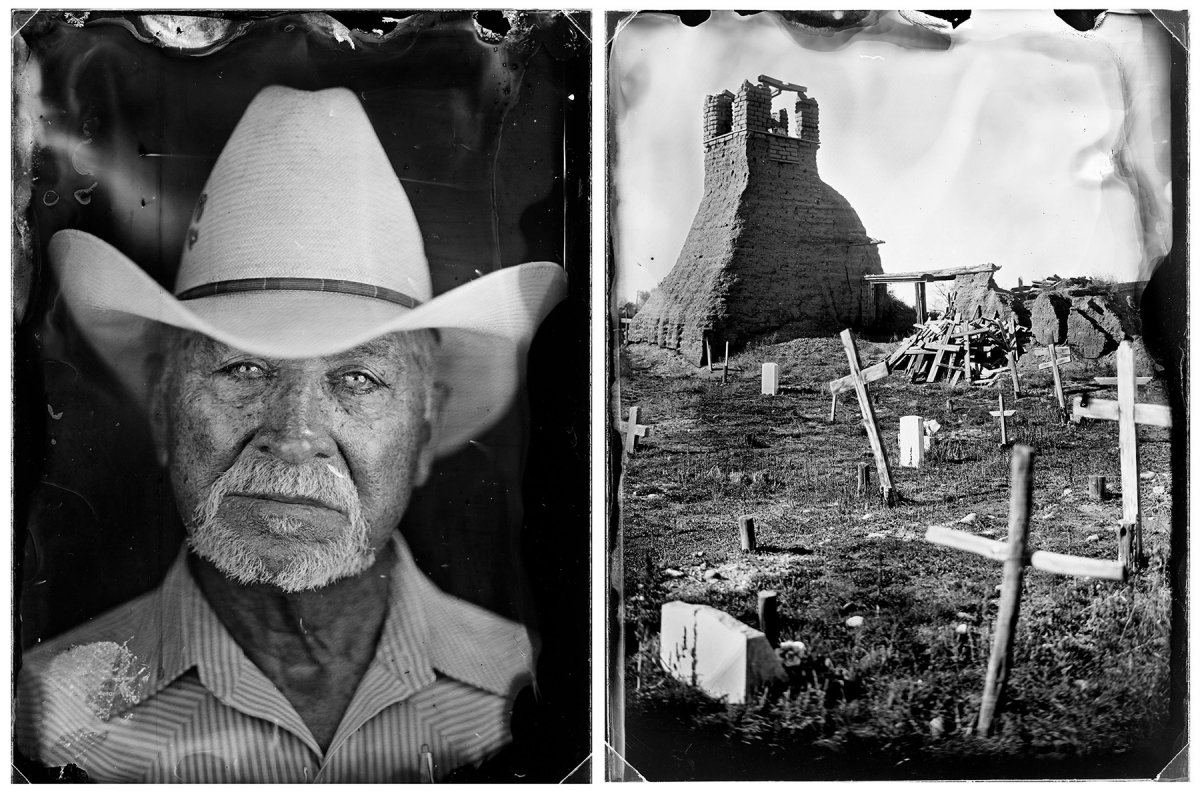 Tomas van Houtryve, Belgien: With his Lines and Lineage series, the photographer wants to draw attention to a blind spot in U.S. American history: the period before 1848, when Mexico ruled the American West. Because there are virtually no photographic testimonies from that time, Houtryve attempts to fill the gap in his own particular way.

Tomas van Houtryve was born in Belgium and works as a conceptual artist, photographer and author. He has received various international awards. His project will appear in book format in September 2019. 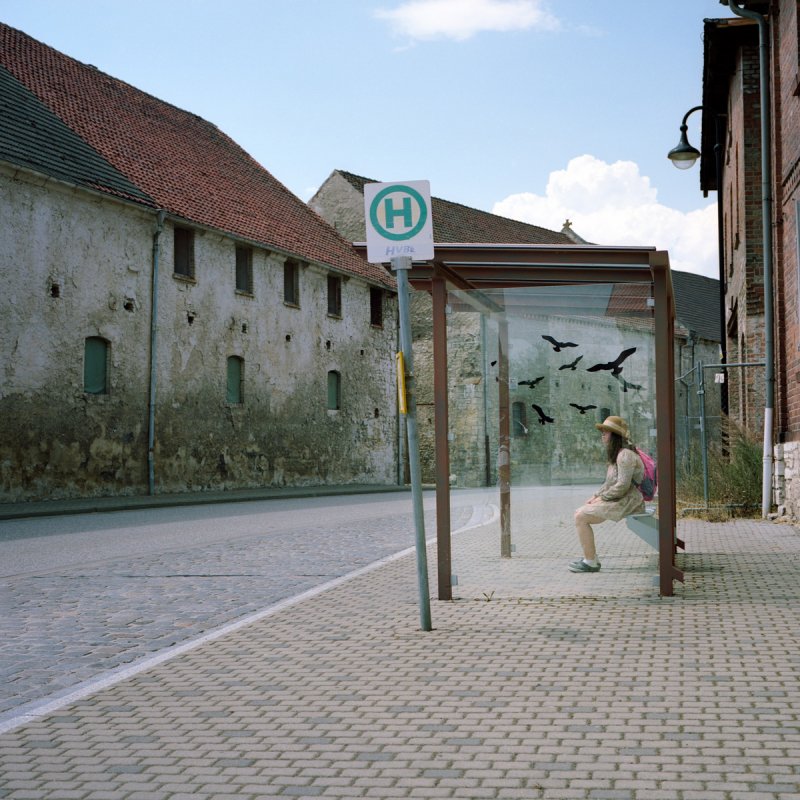 Snezhana von Büdingen, Deutschland: With her Meeting Sofie series, the photographer looks in a very personal manner at a subject not widely discussed in society. Using poetic imagery, she depicts the daily life of her teenage protagonist, who has Down syndrome. Her insightful images reveal to us the limits of our own normality.

Snezhana von Büdingen was born in Russia. She lives and works in Cologne. 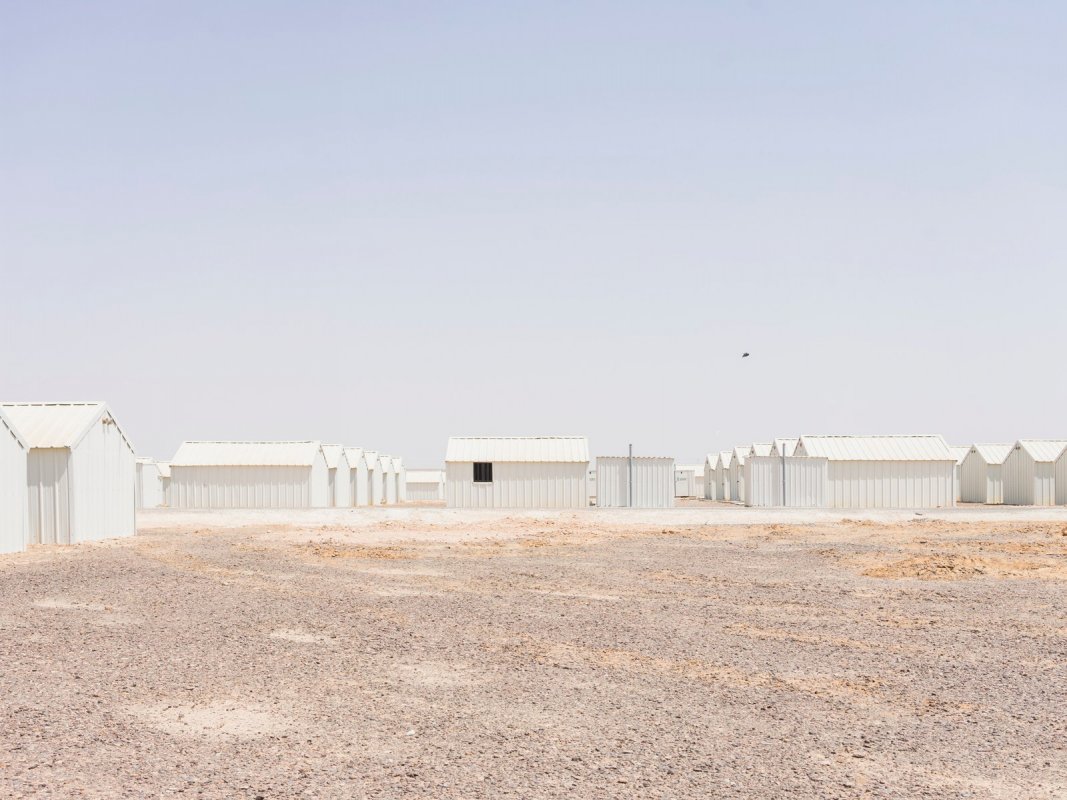 Sebastian Wells, Deutschland: For his Utopia project, Sebastian Wells visited twenty-four refugee camps in seven countries in Europe, Africa and the Middle East. On these visits, he captured in pictures their symbolic and political functions, as well as the roles of the people living there.

Sebastian Wells was born in Königs Wusterhausen and lives in Berlin. He has been a member of the Ostkreuz Agency, since 2018. 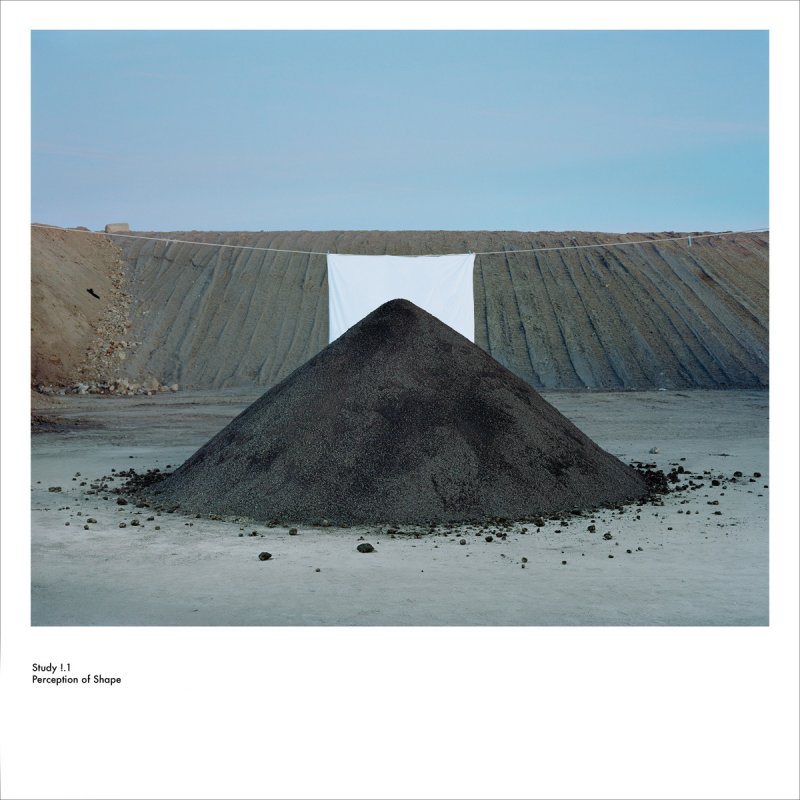 Johan Willner & Peo Olsson, Schweden: The duo Willner & Olsson worked together on the long-term project Heap, which documents the landscape and the changes it is undergoing. The photographers aim in this series to discover and observe processes of change that generally remain hidden from the general public.

Both photographers were born in Sweden. They live and work in Stockholm.